ONE YEAR AFTER THE STROKE. 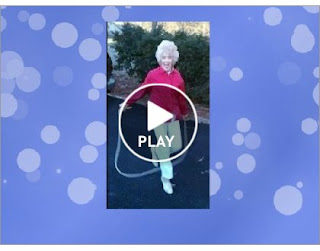 I was reading recently an article in the Iceland Grapevine, called the Ástandið (Situation). I didn't see in the story when exactly this "The Situation" was coined, except sometime during WWII.

This got me to thinking about "way back then" ...Oh my goodness I've been blessed!

Del and I started dating in 1944. I have told this many times how we met at a dance and he proposed on our second dance 48 hours later, and I said "yes!" It was meant to be since the marriage lasted 70 years!

I never thought to ask about his family; my father was a fisher-man. What did his father do? Was he alive? Old? Young? Poor? Rich? We were in love, nothing else mattered.

I was not called names whenDel and I walked hand in hand around the Tjörnin in downtown Reykjavík  He, in his American Navy uniform... I spoke very little English and he spoke little Icelandic...I tried to teach him, I'd point and say "fuglar" (birds) or "vatn" (water) he couldn't get the pronunciation of those but had no trouble with "elska mín" (my love) which he called me all the years of marriage.

When we got married on the Dómkirkjan the church was overflowing to out on the street at the front door---to be sure most were service men US and Brits and their girlfriends ....If slurs were thrown at the girls who dated "foreigners" - as indicated by the article - I have to assume that it was after I  left in '45--- 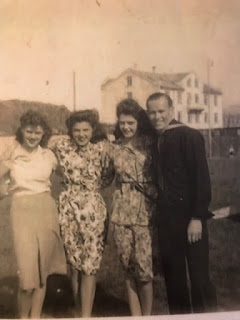 Coming to the U.S. I, again, was very fortunate, most welcomed me and I had the best in-laws They were curious about my country, but really no one seemed have heard of Iceland 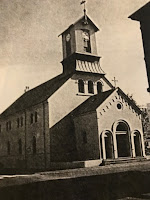 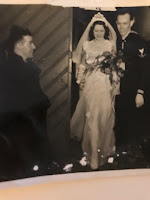 I recall couple of women made some comments ... I didn't know enough English to be offended, but my sister-in-law, Doris, was, and she took care of that "situation" :-)

My ten, awesome children were born in the U.S. and did not experience any different treatments than other children, well, maybe Lucille, our first born. - When she started in kindergarten she brought home a note...I was asked to come in for conference to discuss her "speech impediment" took only a few exchange of words of my speaking that we all started laughing. She was picking up my accent :-)

*As a citizen of Iceland I enjoyed the odd beauty of my country; the mountains, the glaciers, and the fjords, yes, even the eruption of awesome volcanoes.

As a citizen of the Beautiful and Amazing United States of America, it's been my pleasure to travel in, and enjoy every state. (* Last page excerpts from my GROWING UP VIKING MEMOIR.)

Yes, I have been and am blessed.


Posted by vikingamma at 5:21 PM No comments:

HAVE TO SHARE ON THIS FIRST DAY OF SNOW...

It was late Fall and snow in the forecast and Indians on a remote reservation in N. Dakota asked their new chief if the coming winter was going to be cold or mild.

Since he was a chief in a modern society, he had never been taught the old secrets. When he looked at the sky he couldn't tell what the winter was going to be like. Nevertheless, to be on the safe side, he told his tribe that the winter was indeed going to be cold and that the members of the village should collect firewood to be prepared. But being a practical leader, after several days he got an idea. He went to a phone booth and called the  Weather Service and asked "Is the coming winter going to be cold?"
"It looks like this winter is going to be quite cold." The meteorologist at the weather service responded.

The chief again went to his people and ordered them to collect every scrap of firewood they could find. Two weeks later the chief called the Weather Service again. "Are you absolutely sure that the winter is going to be very cold?"
"Absolutely." The man replied."It looks more and more like it's going to be one of the coldest winters we've ever seen."
"How can you be so sure?" The chief asked.
The weatherman replied. "The Indians are collecting firewood like crazy!"

There's a nugget in there somewhere...Can anyone suggest some :-)


Posted by vikingamma at 2:52 PM No comments:


I thought this interesting, thought-provoking and challenging...

Not long ago there was an article that said that the wealthiest places on earth are in cemeteries and not in the oil fields in the middle east nor the Diamond Mines in South Africa...

Don't go to the grave with your potential unfulfilled...Do that travel you always wanted...Keep learning...Don't give up on that dream you had...

"A good person brings good things out the good stored in them." Matt.12:35
Posted by vikingamma at 12:01 PM No comments: