Growing up in Vopnafjörður, Iceland, Grandpa always said "Viking kids don't cry," One day I said "I'm not a Viking, what I have heard they were mean people!"

Grandpa looked at me and said: "Vik, in Icelandic means a bay, inlet or a fjord.
So anyone who lives by a fjord could be called Viking or Vikingur which means "One who comes from the fjords."
s
Posted by vikingamma at 11:35 AM No comments:

After living here in the united states since 1945, (when I
came as a WW.II War-bride) only in 2012 when Eyjafjallajokull erupted and got in the news, was my country, Iceland, really recognized, at least in central Illinois :-)

Before that, I usually got a blank look when I answered the, inevitable, question about my accent. Now it seems like so many have either been there, have a friend or a relative who has been there, or have Iceland on their bucket list!

Going back to my "nice surprise"; I was in Red Wing, Minnesota in October for my youngest grand-daughter wedding. As we were leaving the Motel I picked up a local magazine called "Generations of Today."

Later I was browsing through it and came across theses delightful photos and information! 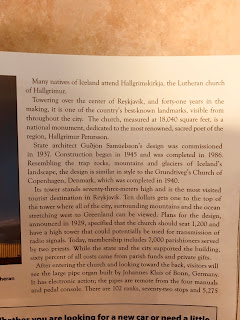 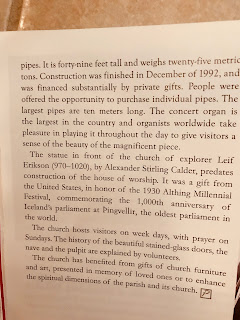 Posted by vikingamma at 12:07 PM No comments: