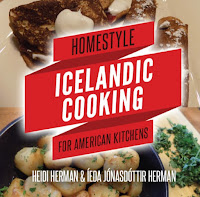 I am happy to share the news my new cookbook of Icelandic recipes is now available!  Homestyle Icelandic Cooking for American Kitchens can be purchased on Amazon.com.  A joint effort between my daughter, Heidi, and myself, we have put together this great group of Icelandic recipes with easy-to-follow instructions.
Whether you’re looking to connect with your roots, try something new or already love Icelandic cooking, this book is a must.  This is a collection of traditional everyday Icelandic recipes, translated with step-by-step instructions.  We have gathered all the simple classic favorites that truly reflect the home-style Icelandic flavors and heritage. 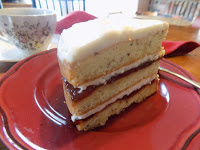 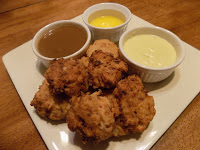 We even included the recipe for the curry sauce! 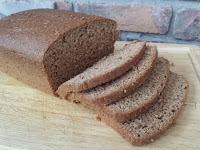 Posted by vikingamma at 1:38 PM No comments:

In 1944 in the capital of Iceland, Reykjavik, I met my husband to be, Del, He was in the United States Navy. We were both nineteen-years-old. Two girlfriends of mine persuaded me to go downtown with them to a  USO dance, at a place called White Rose Hall. As we entered my two girlfriends deserted me to meet their boyfriends.
All around me was loud chatter, mostly American accents, but mixed with few British and Scottish brogues. Feeling unexpectantly shy, knowing very little English, I turned to leave and almost collided with a young, good-looking, dark-haired, slim sailor, who had a huge smile on his face.
"Dance?" He said something else that I didn't,t understand.
I shook my head.
"Please?" Something about that plea and the entreaty in his soft hazel eyes made my heart do a flip-flop. These were difficult times, no one knew who would come back when sent out on a mission; ships were torpedoed, airplanes shot down and many service men were losing their lives.
"Okay." I knew that one word, it was as universal as "Coca-Cola". As we danced it was like we'd been hit by a bolt of lightening! No need for words just looks and - for me anyway - silly smiles.
We met again at the dance hall the next evening, and as we danced he asked me to marry him. I looked at him, thinking I knew what he was asking, but not quite sure. Del asked again, taking my left hand and acting like he was putting a ring on my finger. Then I knew, and said "yes". We were serious. The next day we told Mother.
"You want to do what."? My soft-spoken, easy going, Mother shouted! This was not good. Mother never raised her voice; not at us kids, not at my Father, no one. And now she really raised her voice.
"Herman and I want to get married." I repeated. ( Later, in my family, Del was always called Herman, I guess it rolled easier of the tongue).
Mother had her face buried in both hands, rocking from side to side. She was quiet for a moment then she looked up, wide-eyed shock still on her face.
"Íedamín, will Herman live in Iceland? Or, heaven forbid, are  you going to move to Amerika? Do you realize how far it is? We know nothing about his family. We don't even know what part of the country he is from. It's a huge country. You could get lost, then what?" Mother nervously twisted her fingers, then dabbed at her eyes with a hankie.
Del had been holding my hand and trying to follow a conversation he couldn't understand. He didn't speak Icelandic, and my Mother didn't speak English. My English was not a whole lot better; we got by with hugging, kissing and holding hands. Del squeezed my hand. He could see that this wasn't going as well as we had hoped.
I said something like, "You home Amerika?" He looked at me a little puzzled. I tried again.
"You Mamma, home, Amerika?
Del smiled that great smile of his and said "Chicago"
Mother about fell off of the sofa, gasping. "Chi-ka-ga?" Gangstar Chi-ka-ga?!?"
It didn't come out 'gangster', but close enough. We had some explaining to do and it wasn't going to be easy.
As usual - in Icelandic households - the coffeepot was steaming. I got up and placed three cups and saucers on the table to give Mother time to get over her shock. As I poured the coffee I grinned at Del, a little wickedly, I'm afraid. I knew he detested the drink but would pretend to like it for the sake of being polite. You haven't tasted coffee until you've tasted the way we used to make it, strong enough for the teaspoon to stick straight out of the cup! I put the sugar cube bowl out and sat down as a grateful Dul scooped up a handful of cubes.
After awhile Mother sighed and gracefully accepted the situation.
"Herman is nice enough, Íedamín." Mother acknowledged, and then shook her  head and smiled. "Well, I guess I'd better get to know this young man of yours!" And that's how she took the news.
Father had been out to sea and when he came home we shared the news. He was quiet but also accepted our wishes.
Now that my parents had agreed to our marriage, it was time for Del to tackle the "powers" that be. Wearing down layers of authorities by unwavering persistence he got the ban lifted and was the first U.S Service man to marry after that. On March 25th, 1945 we were married in the Dómkirjkan, in downtown Reykjavík. Mother gave me away. Father was out at sea and was spared the embarrassment of being present when a daughter of his was marrying an army man. My two sisters attended but not my brothers. Icelandic folks, especially the men, were upset when girls started dating the "foreigners".
The church was full of various personnel; American, English and Scots...Most of them strangers to us. A virtual floodgate opened up as service men, later, rushed to tie the knot.
As time went on I learned more English words and I tried to teach Del Icelandic, without much success. We took walks, hand-in-hand, around the lake in in the center of down-town Reykjavik. Del would point and say "water" I'd say "vatn" He would say "birds", I'd say "fuglar" Although he just couldn't get THOSE pronunciations he did quite well with the words "Elska mín" translated "My love."
Coming from totally different worlds as we did, I had a fleeting doubt and then pushed it away.
I was in love.
islendingariameriku
Posted by vikingamma at 12:19 PM 3 comments: